With a lot of experience in sensual/erotic related area, cherry girls can surely tell you that ‘SIZE’ is not a problem. Recently, scientist say so:)

Are you worry about your “SIZE?” , Put down the rulers, guys — whether your penis is the “right” size depends on the proportions of the rest of your body, a new study finds.

Women rate men with larger penises more attractive, but the returns on bigger genitals start to decrease at a flaccid length of 2.99 inches (7.6 centimeters), the researchers found. What’s more, larger penises gave tall men a bigger attractiveness boost than shorter men. The study suggests that women’s preferences for bigger penises could explain why human males have relatively big genitals for their body size.

Studies on women’s preferences for penis size have been mixed, with some suggesting that women who frequently orgasm through vaginal stimulation are the pickiest, perhaps because penis size matters for that sort of stimulation. Men typically fret more about size than women, however, at least according to a 2007 review article in the British Journal of Urology International
But studies have relied on questionnaires, which may not always glean honest answers, Australian researchers wrote today (April 8) in the journal Proceedings of the National Academy of Sciences. And in other studies, scientists have asked women to judge the attractiveness of male figures in photos with only penis size varied, when in fact no trait is ever evaluated in a vacuum, the scientists added. 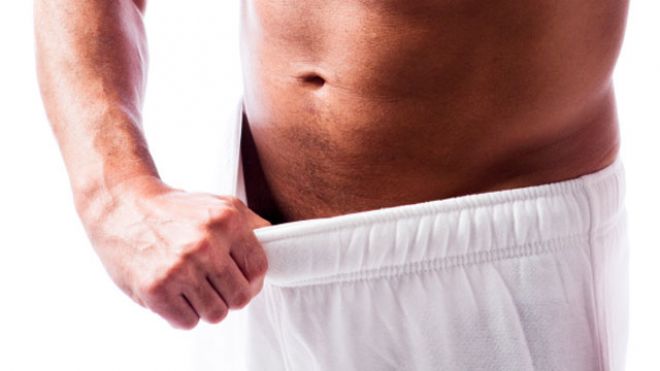 To compensate, the researchers, led by Michael Jennions of Australian National University, showed 105 young Australian women life-size computer-generated figures of nude men, varying the figures’ flaccid penis size, height and shoulder-to-hip ratio. Height and shoulder-to-hip ratio have previously been shown as factors used by women to judge attractiveness. The computer simulations varied penis width in sync with length, so that all penises were proportional.

The outcomes revealed that women preferred taller men as well as high shoulder-to-hip ratios (meaning that the wider the shoulders were than the hip, the more attractive the man). Shoulder-to-hip ratio was a major determiner of attractiveness, accounting for 79.6 percent of the variation in hot-or-not ratings.
Though the effect was less extreme, women also preferred larger penises, at least up to 5.1 inches (13 cm) flaccid, which was the largest computer-generated penis in the study. Beyond 2.99 inches, however, the additional attractiveness per extra length started to decline. That’s good news for guys, according to a 2001 Italian study that found 2.99 inches flaccid to be below average.

Women’s own features mattered as well, the researchers found: Taller women were more likely to find taller men attractive. Women with greater body mass per height were slightly more likely than thinner women to weigh penis size more heavily in their judgments of attractiveness, though the difference was small.

The findings might help explain why humans have remarkably large genitalia given their average body size, the researchers wrote. Male humans outgun any other primate species: For example, male gorillas can weigh as much as 400 pounds (180 kilograms), but their erect penis length is only about 1.5 inches (4 cm). Human males weigh about half of what gorillas do, but studies peg average erect or flaccid-but-stretched penis length from 4.7 inches (12 cm) to 6.5 inches (16.7 cm).

Evolutionary biologists theorize that large human penises might help remove sperm from competing males during sex, but in an era before clothing, women may have been drawn to mating with men whose genitalia caught their eye. Men with larger penises, then, may have passed on their genes more readily, outcomeing in the large-genitals trait being handed down the generations. In other words, guys may have women to thank for their greater-than-gorilla-sized genitals.